Welcome to the exciting world of standard setting

Since we first learned of ASTM International, that sets voluntary standards for nursery products, KID has been involved in the twice annual meetings that review incidents and recommend changes to the standards that apply to cribs, strollers, high chairs and many other nursery products, as well as toys. It is a sometimes frustrating process as the predominance of manufacturers on the committees and management by the Juvenile Products Manufacturers Association (JPMA) seem to slow changes to the standards that would address emerging hazards. For instance, it took several years to get a test into the standard to measure whether the sides of a bassinet would actually contain a child and more than ten years of discussion and suggestions for a durability test for cribs left the standard virtually unchanged.

But all that changed with the passage of the Consumer Product Safety Improvement Act (CPSIA) in 2008. Now, with a mandate that the voluntary standards set the basis for a mandatory standard – and CPSC tasked to make the mandatory rules stricter if needed – work on these committees has picked up. In marathon meetings this year, the sub-committees on cribs and non-full sized cribs have drafted significantly more robust standards that have been out to ballot once and will be published sometime this summer. CPSC will use those as the basis for their mandatory standards that Chairman Tenenbaum has promised would be out by the end of the year.

Participation in ASTM is improving – the addition of Toys”R”Us and other retailers adds a new perspective to the group. But consumers are still woefully underrepresented – usually 5 or fewer votes out of more than 50. So any consumers out there who want to get involved in the real work of making children’s products safer – come join us! 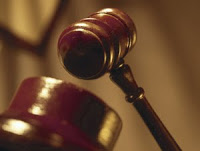 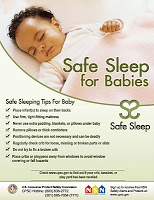