A look back before tomorrow’s historic CPSC crib vote

As we posted last week, the CPSC will vote tomorrow on new mandatory standards for full-size and non-full-size cribs. The standards, if adopted, will be the strongest crib standards in the world. This in the country that has had to recall 10 million plus cribs in the last three years because of deaths and injuries from entrapment hazards when the cribs basically fall apart.

But the push for strong mandatory standards didn’t start in 2007 when a Chicago Tribune story and a flood of recalled toys from China focused the nation’s attention on children’s product safety.
There was Danny Lineweaver in California. His parents, Rose and John, founded the Danny Foundation in 1984 after Danny strangled when his clothing was caught on a crib corner post. For years, the Danny Foundation worked to improve the voluntary standard by incorporating the ban against corner posts and crib cut-outs that might catch on clothes or strings. They also supported the Infant Crib Safety Act, requiring that cribs for sale or in use in public accommodations such as child care met current crib standards.
Iin 1997, Tyler died in a drop-side crib. His mother Michelle Witte has fought valiantly for a ban on this particularly hazardous crib design.
Then in 1998, another Danny, Danny Keysar was killed when the portable crib he napped in at child care collapsed, catching his neck in the v-shape of the side rails and strangling him. His parents founded Kids In Danger — originally to spread the word to parents about recalled products and child safety. But they soon learned that the real problem was bigger — there was no requirement that children’s products like cribs, strollers and high chairs be tested for safety before they were sold. The crib that killed Danny was never tested for the safety of that folding design — even though it was the first of its kind. Within months on the market, it had killed a child — the first of six children to die in that particular brand, at least 19 have died in cribs of that same design.
So in 2001, KID board members sat down with Congresswoman Jan Schakowsky who had volunteered to help with the problem of unsafe children’s products. She asked us, “what would be your ideal fix? What would solve the problem?” Without hesitation, we responded — strong mandatory standards and independent testing. She drafted the Infant and Toddler Durable Product Safety Act and introduced it that year. Each year co-sponsors signed on, but no vote was taken.
Fast forward to 2007 — the articles, the recalls and Congressional attention. Now, Congress was ready to act and in 2008, the Infant and Toddler Durable Product Safety Act, along with the Infant Crib Safety Act, were incorporated into the Consumer Product Safety Improvement Act (CPSIA) under the Danny Keysar Child Product Notification Safety Act. This also included the requirement for product registration cards for these same durable products so parents would learn more quickly of recalls.
Now three years later, the new crib standard, and accreditation procedures for the independent labs that will test these cribs is on the verge of adoption.
KID does our work to honor the memories of Danny Keysar, Tyler Witte and Danny Lineweaver, along with the many other children who have died in unsafe products. Visit the Family Voices website to read just a few of the stories.
We eagerly anticipate tomorrow’s vote and hope CPSC does the right thing. Let’s give our children a safe future!
Share on Facebook Share on Twitter 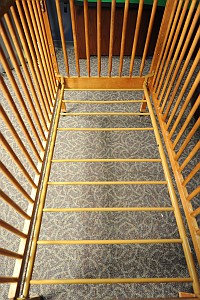