In 2008, parents of children injured or killed by unsafe juvenile products rejoiced when the Danny Keysar Child Product Safety Notification Act was included in the Consumer Product Safety Improvement Act and signed into law. This portion of the CPSIA assured parents that:

Well, fill out those product registration cards – you’re going to need them! The new House Subcommittee on Commerce, Trade and Manufacturing wants to strip most of those protections – just like they stripped the words ‘Consumer Protection’ from their subcommittee name – it’s not like they didn’t warn us!

In addition to many other onerous changes that reduce the safety of all products you and your children use, here are the specific changes that affect infant and toddler durable products:

So, what should be done, what are we asking for?

All products in section 104 of the CPSIA (infant and toddler durable products – cribs, strollers, high chairs, etc) should be subject to independent, third-party testing with no exceptions. These are products parents and caregivers buy to keep their children safe. They involve many parts and hardware and can be very dangerous if defective. Let’s not go back to the days of baby test dummies – let’s make sure the products are safe before we use them for our children.

While it may not be reasonable to ask child care providers to replace all cribs every time there is a minor change to the crib standards, there should be a means by which CPSC can require that if necessary. If another flaw in cribs erupts as the drop-side issue did over the past few years, CPSC should have the ability to require safe cribs in child care settings.

The new mandatory crib standard does so much more than ban drop-sides. In fact, it is unlikely that the drop-side cribs on the market over the past decade that led to millions of products being recalled and dozens of deaths could meet this standard – thereby eliminating the need to even officially ban them. The new standards will make sure crib hardware is sturdy, mattress supports and slats can stand up to real world use and that cribs, used to protect an unattended child, can keep a child safe. Allowing all matter of cribs, safe and unsafe, to remain in child care – just because they don’t have a drop-side is a clear attempt to gut the safety improvements of the past few years. Child care is varied and diverse. It is unreasonable to have an exemption for fixed sided cribs without knowing the condition of the crib, when it was made and what standards it does meet. If we are allowing some child care providers to keep older, less safe cribs, they should at least meet the most recent voluntary standard, ASTM 1169-09 or ASTM 406-09 for non-full size cribs.

Call or email your own representative as well as Chairman Bono Mack of the subcommittee and other members. Let them know we can’t go backwards on the safety of our youngest consumers. Tell them about your child and why it is important to you that nursery products meet strong standards and be independently tested. 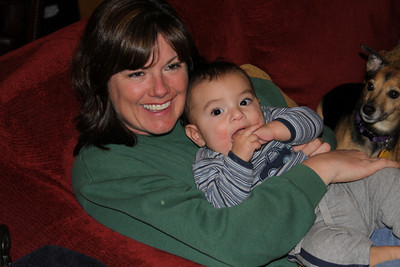