KID founders speak out on proposal that will thwart safety efforts 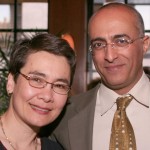 “The CPSC and other regulatory agencies enforce sensible safeguards that protect all Americans, including our most vulnerable citizens—our babies. It is unconscionable that lawmakers are now considering S. 3468, a bill that would undermine the lifesaving work of our nation’s regulatory agencies.”

That’s the closing of a recent piece in The Hill’s Congress Blog.  It was written by KID’s founders, Linda Ginzel and Boaz Keysar.  Their blogs laments the possibility that regulatory gains under the landmark Consumer Product Safety Improvement Act of 2008 could be undermined by a bill up for possible mark-up this month in the Senate.

The Independent Agency Regulatory Analysis Act (S. 3468), scheduled to be marked up by the Senate Homeland Security and Governmental Affairs Committee on Nov. 15, might look like a simple measure to give the president the authority to extend economic analysis requirements to independent agencies. But don’t be fooled.  The outcome of this proposal, if adopted, would be delays in the work of CPSC and other regulatory agencies. By mandating a whole new layer of economic analysis requirements, S. 3468 would significantly delay or prevent the implementation of the safety protections issued by the CPSC, leaving American children without the critical protections created by the Consumer Product Safety Improvement Act. The bill could give future presidents the ability to shut down any independent agency regulations they oppose.

Linda and Boaz speak of the price their family paid through the death of their son when regulations were weak and products came into our homes untested for safety.  Check out the membership of this Senate Committee – if you see your senator listed, send an email asking that they reject this attempt to roll back safety rules and not hold a vote on the bill until after a thorough review of the consequences.  If your senators aren’t on the committee, send an email instead to the Committee Chair and Ranking Member. 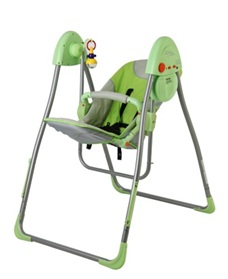