CPSC takes action against makers of Nap Nanny, after 5 deaths 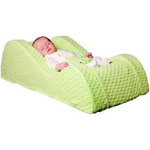 Today, the US Consumer Product Safety Commission’s (CPSC) took strong action and issued an Administrative Complaint (PDF) against the manufacturer of Nap Nanny and Chill Infant Recliners, Baby Matters, LLC.  Kids In Danger, Consumers Union and Consumer Federation of America issued a statement in support of this strong protective action.

The CPSC says that they were unable to reach a corrective action plan with the company that would protect public safety and so took the unusual action of suing the company to seek an order requiring that the firm notify the public of the defect and offer consumers a full refund.

In 2010, the CPSC announced a recall of  Nap Nanny Infant Recliners. At the time, CPSC had knowledge of one death and 22 incidents of babies getting into unsafe positions in the product.  The recall offered an $80 credit for owners of Generation 1 Nap Nannies and new warnings and instruction for Generation 2 models – even though the death was in a Generation 2 product.  Similar to other efforts to add warnings (see recent magnet and Bumbo seat actions), it was ineffective – CPSC now knows of five deaths and more than 70 incidents.

This is a product that falls outside of the scope of tough standards such as those recently developed for cribs and play yards. While parents may assume that if a product is sold, someone made sure it is safe, the history of this product shows that isn’t the case. Trying to backtrack design changes after a baby dies is not the way to make a safe product.

The Nap Nanny includes a foam base with an inclined indentation for the infant to sit in and a fitted fabric cover and a three point harness. It was designed to allow inclined sleep.  It is marketed to parents with fussy babies or those who don’t sleep well.  While the instruction booklet says to ‘never leave child unattended’, the web page is full of testimonials from parents whose babies sleep 5 — 11 hours straight in the product.  It is clear to everyone, including the manufacturer, that a child sleeping 11 hours a night in the product is unattended.

So, what to do?  If you have a nap nanny you are using for an infant – stop.  The product is unsafe for this use.  Babies sleep safest in cribs that meet current safety standards. Never put anything else in the crib with the baby.

If you have had a problem with this or any children’s product, file a report at SaferProducts.gov. 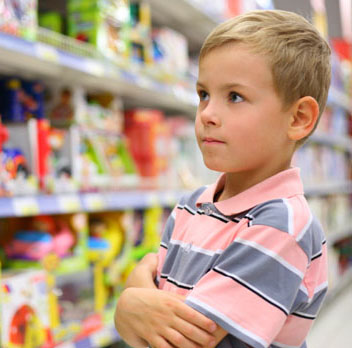