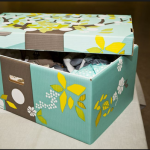 Cribs are possibly the most important investment a parent can make in their child’s safety. Cribs are the only product that a parent is meant to leave their child in alone and unsupervised. In America, there is a huge market for visually appealing cribs. Search “crib bedding” on Pinterest and you will find a multitude of pillows, blankets, cushions, and other products to line a crib with. However, there have been 48 deaths related to bumper padding alone, as described in this report by the Consumer Product Safety Commission. Despite their visual appeal, a bare crib is the safest, a position endorsed by the American Academy of Pediatrics here.

But what about other countries? What kinds of measures have other places around the world taken to protect their infants? In Finland, they have taken “bare crib” to its extreme. Their babies are not put to sleep in overstuffed cribs. Instead, they sleep in mattress-padded cardboard boxes.

The Finnish government is no stranger to infant mortality. In the 1930s, according to BBC news, at least 65 out of every 1,000 babies died each year, a tremendous loss of life. But beginning in 1938, Finland began its “Maternity Package” program. Every mother who visits a health professional during her pregnancy is eligible to receive this package, free of charge, from the government. It contains all the necessities for a newborn, including jackets, socks, toys, and toiletries.  All these gifts come in a cardboard box, which becomes the baby’s first “crib.” There is nothing in this box when the baby sleeps in it except the firm mattress pad lining the bottom. The boxes can be used as the baby’s crib up until the time when they can roll over and push themselves up. This is about the same period of time recommended for bassinet use.

Since the implementation of the Maternity Package program, infant mortality rates have dropped from a peak of 90 per 1,000 in 1940 to under 5 per 1,000 in 2010. Most likely it is due to the required visit to health professionals and Finland’s strong social network that provides for paid leave, pre and post natal care and much more.

While America may never join Finland in their promotion of boxes as cribs, CPSC and KID (here and here) both recommend the “less is more” approach when it comes to crib decorations.

Update:  Now there are companies attempting to bring the boxes here to the US and other countries.  Social services are considering the option to deal with sleep related deaths.  But a box is just a box without the strong support and services that accompany it in Finland. 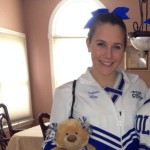 Next Post Shine a little sunshine on unsafe products