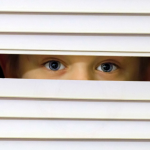 A recent decision by the Window Covering Manufacturers Association has required for the first time that all new blinds will be cordless – the only way to prevent strangulations. Here’s everything you need to know about the decision, why it’s important, and the work that remains to be done.

1. Child strangulation by window blind cords is more common than you might think

Window pull strings and cords have been labeled an “insidious hazard” by the CPSC since 1981. Since then, at least 332 children have been fatally strangled by window blind cords – most of those were under the age of 2. In addition to those deaths, another 177 children experienced serious injuries as a result of window cords – including permanent brain damage or quadriplegia. A recent study followed children treated in emergency rooms between 1990 and 2015; the study counted 16,827 injuries to children under the age of 6 that were related to corded window coverings, of those 16,827 over 2,000 were entanglement injuries.

2. The decision is considered a milestone in product safety for children

The high number of deaths and injuries due to window covering cords highlights a weakness in the CPSC’s ability to protect consumers. The CPSC is required to defer to industries that are developing voluntary standards rather than imposing mandatory federal rules around those standards. Many consumer groups and the CPSC saw a cord ban as the key to saving lives, yet the WCMA refused to ban them.

Although the CPSC has done work in the past to develop a mandatory government standard that would have required all window coverings to be cordless, the work was never completed. The recent voluntary decision by WCMA is considered a milestone in safety measures due to the decades of advocacy and agency-wide attempts to enforce cordless window coverings for the safety of children and other consumers.

3. There are important limitations to the decision and more work to be done

This ban on window blind cords does not apply to custom-orders. Custom-order blinds and shades make up 20 percent of the market – leaving this “milestone” short of a complete victory. CPSC commissioner Elliot Kaye states, “There’s no doubt this is a positive development… But there is so much work to do.” Kaye speaks in regard to the WCMA’s statement that their new voluntary standard is on par with a mandatory standard – which Kaye claims is “misleading”.