Ellie died when the changing table attachment on a play yard came down on the back of her neck as she stood up. She was thirteen months old. 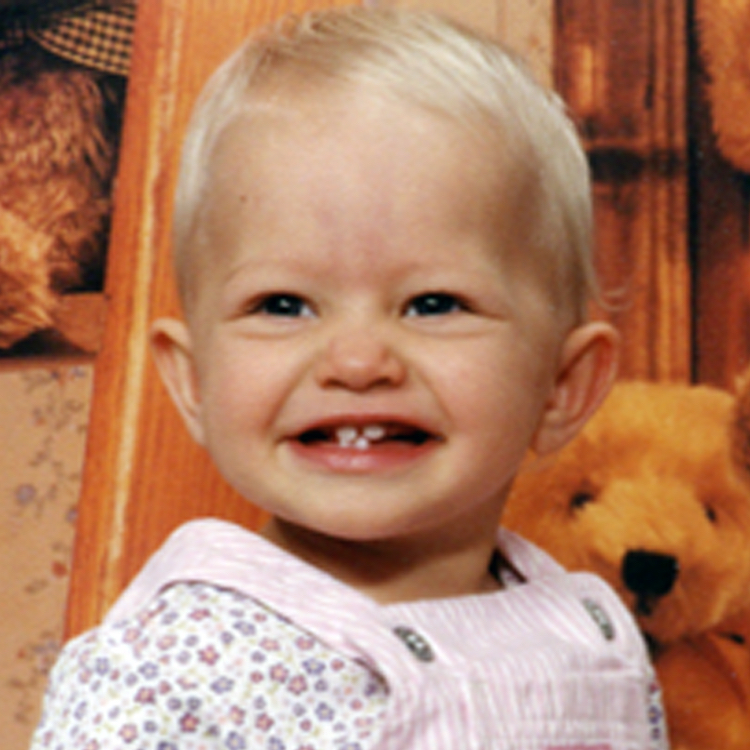 Submitted by her mother, Lisa

On a family trip to Idaho, Ellie’s dad, Tom, went to wake her up from a nap in her play yard. Tom slowly crept open the door to his childhood room to a horrific sight—Ellie’s head was caught in between the bottom side of the play yard’s changing table attachment and the side rail of the play yard. He rushed to her, flung the attachment to the floor, and tried to get Ellie to respond. But there was nothing. She was gone.

In addition to having no locking mechanism, the design of the Graco play yard and changing table had a deadly flaw that resulted in Ellie’s death. On the underside of the changing table attachment, there were two semi-circle indents. These semi-circle portions locked Ellie’s neck like a lunette on a guillotine. It took just minutes for Ellie to suffocate in this entrapment.

As parents, Tom and I thought that the products we purchased Ellie were safe.

The death trap set-up that killed our daughter could have been avoided had Graco tested the product for all possible dangers, including ones that unknowing infants, curious toddlers, and busy preschoolers can get themselves into.

On February 28, 2013, a strong standard was put in place for all play yards or mesh-sided portable cribs. These new standards include sturdier mattress attachments, stronger corner brackets, and side rails that resist forming a sharp V when folded to prevent more strangulations. The new standard includes requirements for attachments to avoid the scenario that killed Ellie.

While the crib that killed Ellie falls under the play yard standard, the U.S. also signed into law strong standards for regular cribs. Any crib made after June 28th, 2011 will require cribs to meet tough testing standards, have improved mattress support, prohibit drop sides, and have stronger hardware and slats.