Ethan died when he was strangled in a portable crib. He was eight months old. 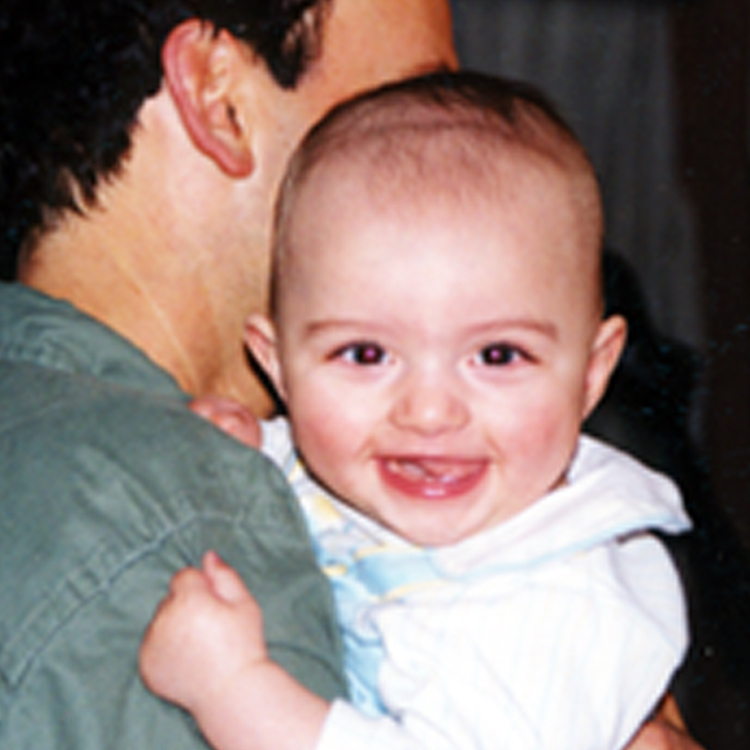 Submitted by his mother, Laura

My husband and I used the Baby Trend Home and Roam portable crib since Ethan’s birth; first to protect him from his older sister Rachael (only 22 months his senior) and then because it was his place to be able to see the world. We have no notion who gave it to us. We figured that hand-me-downs were safer than new because they were “kid tested.” We thought that since other kids had used them and were fine, it must be safe.

He was strangled when the top rail collapsed around his neck. I was stunned to find out afterwards no testing was done on children’s products except by the company who makes them.

We miss Ethan every day. No one will be as happy or amazing to us as he was as our son.

In a 2002 CPSC report, 156 crib-related deaths were reported to CPSC. Of these deaths, 17 involved non-full sized or portable cribs and 77 involved cribs of unknown type. Ethan was one of the 17 deaths involving portable cribs. Many of these deaths were as a result of the manufacturing malfunctions that would result in the child becoming entrapped in the side of the crib or strangled.

On February 28, 2013, a strong standard was put in place for all play yards or mesh-sided portable cribs. These new standards include sturdier mattress attachments, stronger corner brackets, and side rails that resist forming a sharp V when folded to prevent more strangulations like Ethan’s.

While the crib that killed Ethan falls under the play yard standard, the U.S. also signed into law strong standards for regular cribs. Any crib made after June 28th, 2011 will require cribs to meet tough testing standards, have improved mattress support, prohibit drop sides, and have stronger hardware and slats.