Hallie was trapped between her mattress and crib side, rescued by her mother. She was six months old. 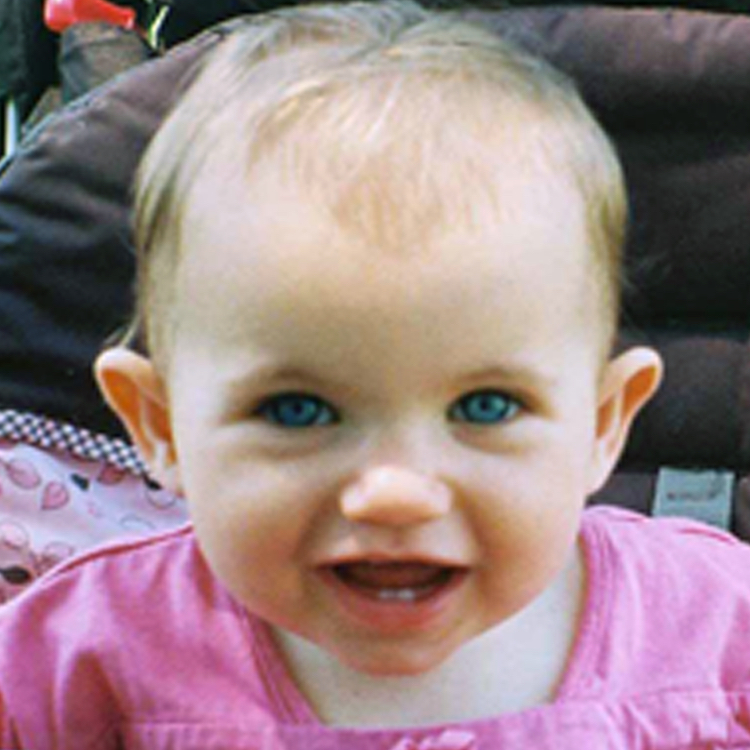 “At around six months of age, or thereabouts, I put my daughter in her crib to play while I put her clean clothes in her dresser. To my horror, I watched her arm slide down the corner of her bed up to her shoulder. She had become wedged and trapped face down.

My daughter’s “standard size” crib mattress was too small for her “standard size” crib. Upon further inspection, her mattress was a good 3”-4” shorter than the interior of her crib. I bought the Graco “Lauren” crib and a Kolcraft mattress. Graco would not take an incident report, nor would they talk to me about this problem. I was referred to the manufacturer, LaJobi. LaJobi’s representative agreed to send me a new mattress at no charge. When I asked if this was a common problem, he told me, yes, it was fairly common and they had replaced mattresses for other customers. But most surprising was his explanation of why the “standard size” mattress did not fit the “standard size” crib correctly. There is no industry standard for measuring crib mattresses. In addition, the clips that held the drop rail in place, had also failed to operate correctly. Those were replaced with the new mattress.

I begged the retailer, Target, to include mattress recommendations in their product descriptions, to no avail. Had I had better information, I would have made a wiser choice. Very often nursery items are purchased by family members, who otherwise, would not know the dangers these unregulated products pose.”

In 2008, Simmons Kids recalled 20,000 crib mattresses because they are smaller than the required 27 1/4 inch width required by law. This can cause a gap which can entrap a child. The company has one report of an entrapment; the parent was able to free the child.

In 2016 alone, there were 11,300 emergency room treated injuries that were related to cribs/matresses, according to a CPSC report. According to the same report, about 10% of the 109 crib-related deaths that occured between 2012-2014 were related to ill-fitting mattresses. Historically, the majority of crib-related deaths are usually due to a cluttered sleep space resulting in asphyxiation.