Jared was strangled when the top rails of his portable crib collapsed. He was eight months old. 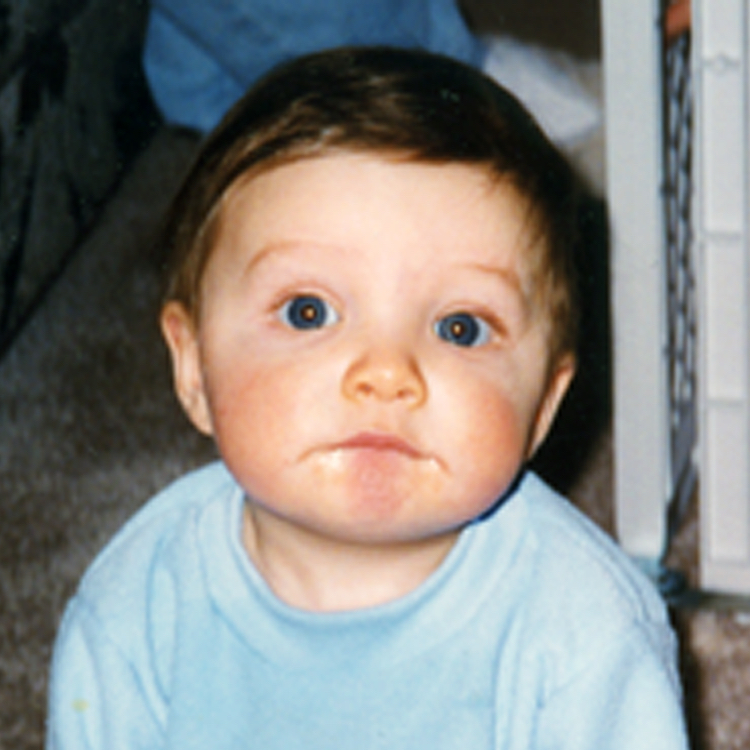 Submitted by his mother, Pam

“On April 25th, 1997, our son Jared was killed when one of the side rails of his Evenflo Happy Camper play yard/portable crib collapsed. He became trapped in the V-shape of the collapsed rail and suffocated to death. Jared was a happy, spirited baby. He had the most beautiful blue eyes and was so full of life; you couldn’t help but to fall in love with him. We are still mourning his tragic death.

Jared was the 11th baby to die in this type of portable crib/play yard, and the 3rd victim of the Evenflo brand. The Happy Camper was finally recalled after Jared’s death, but only after continued pressure from the CPSC.

I assumed, like many other parents, that children’s products had to go through rigorous testing and follow stringent government safety standards. I also assumed that a product would not be sold if there were safety problems associated with it. I was shocked to learn that this is not the case.

Before Jared’s death, a voluntary safety standard for play yards/portable cribs with this type of design was being finalized. However, Evenflo chose to continue to sell their product “as is” — playing Russian roulette with the lives of our children and Jared lost.

Since Jared’s death, there have been eight more children who have fallen victim to the design flaw of this portable crib/play yard. I urge all parents and caregivers to discontinue using these death traps, and to report all injuries associated with children’s products immediately to the CPSC. To those parents who have lost children, my heart goes out to you and your families. God bless all of you.”

On February 28, 2013, a strong standard was put in place for all play yards or mesh-sided portable cribs. These new standards include sturdier mattress attachments, stronger corner brackets, and side rails that resist forming a sharp V when folded to prevent more strangulations like Jared’s.

While the crib that killed Jared falls under the play yard standard, the U.S. also signed into law strong standards for regular cribs. Any crib made after June 28th, 2011 will require cribs to meet tough testing standards, have improved mattress support, prohibit drop sides, and have stronger hardware and slats.