Kenny died after swallowing loose magnets that fell out of a magnetic toy into the carpeting of his home. He was 21 months old. 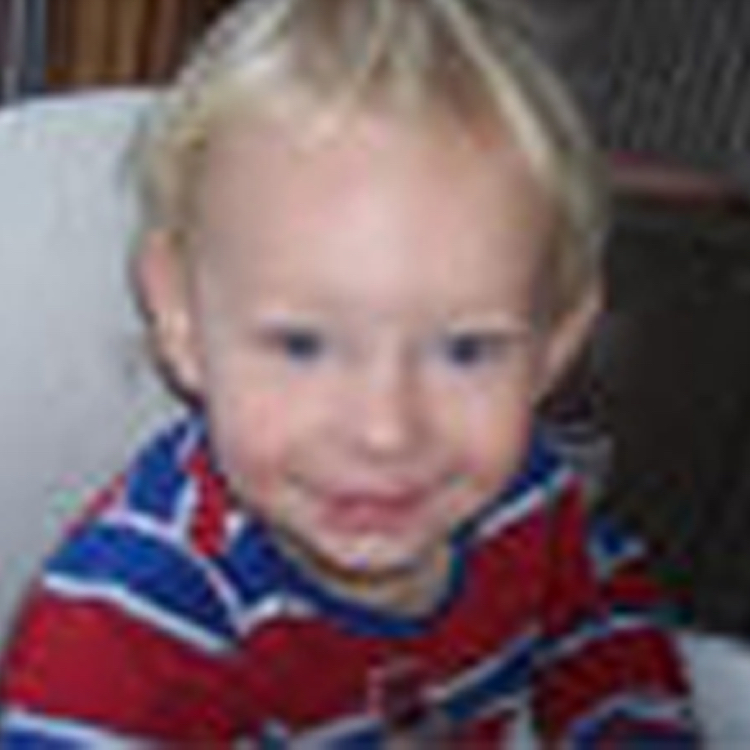 Submitted by his mom, Penny

Kenny’s older brother, Ben, received two sets of Magnetix for his 10th birthday. He and the older children did as they were instructed: put the toy up high in its case when done playing with it. Nine days after Ben’s birthday, Kenny had flu-like symptoms— after 24 hours he seemed to be getting worse. I took him to the hospital. He was breathing shallowly and they said he would need a breathing tube. I was hysterical, knowing instantly he was in serious condition. On Thanksgiving Day 2005, Kenny’s heart stopped and they were unable to start it again.

The next day, the coroner called to tell us Kenny had eight small cylindrical magnets in his intestine forming a bulbous completely blocking his intestine. When we looked at the pieces of the Magnetix toy, we noticed many magnets missing from the plastic pieces. Then we noticed the tiny magnets sticking to a piece of the toy as we moved it across our carpet near our couches and chairs. As the older children were playing with it, tiny magnets were falling out of their large plastic pieces and onto the rug without anyone noticing. After the toy was put away, Kenny must have found the magnets in the carpet and swallowed them on two separate occasions.

We trust God took him quickly to end his suffering and delivering him from life threatening surgery he was unable to survive. He was our angel from the day he was born. A miraculous birth and beautiful infancy; our perfect son who came from heaven has gone back to heaven.

In March 2006, several months after Kenny’s death, Rose Art Industries Inc. recalled all Magnetix Magnetic Building Sets. The recall was expanded in April 2007.  As Kenny’s parents suspected, the product was defective—tiny magnets could fall out of the plastic building pieces and be picked up by young children. Magnets that attract to each other through body tissue can result in serious internal damage and death.

The CPSC has released posters and videos to make parents aware of the dangers of magnets, and in 2012 tried unsuccessfully to ban high-powered magnets. Because many high-powered magnets are intended to be used by adults, they are subject to less stringent standards than children’s toys are.

In 2011, Mega Brands agreed to a settlement in a New Jersey Federal Court which would compensate consumers who purchased magnetic toys that were the subject of recalls in 2006 through 2008.