Preston died when he rolled out of a sleep positioner and against the bumper in his crib. He was seven weeks old. 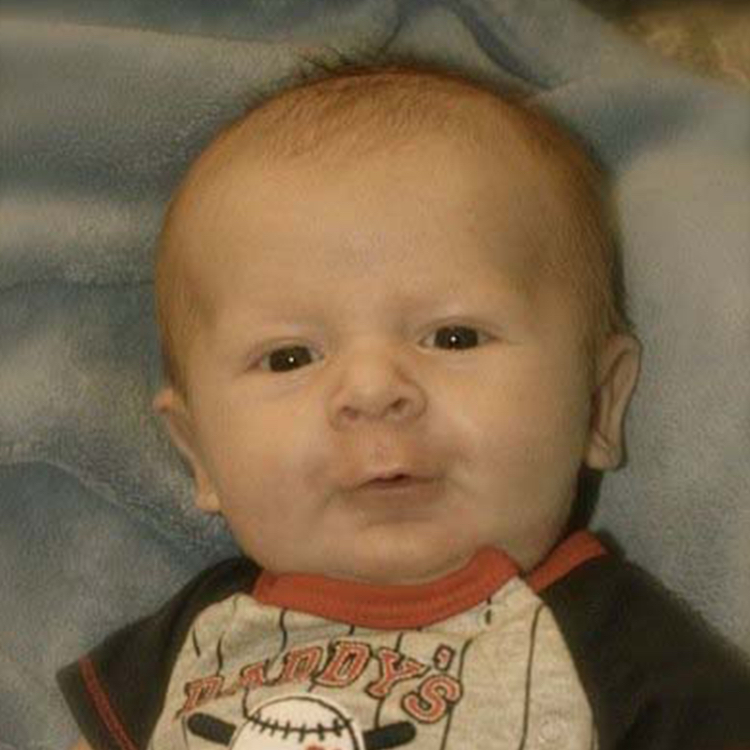 “On April 8, 2010, my life and the life of my family changed forever. My seven-week-old son whom I was completely smitten with was found dead in his crib. Preston was placed in a Sassy Sleep Positioner in his crib with the baby monitor on full blast. That night, my husband had let me go to bed early and he was the one who placed Preston to bed. When we woke in the morning my husband immediately went to check on him — the scream that came out of my husband will haunt me forever. Preston was found in the corner of his crib having smothered to death as we slept. Even though he was swaddled and placed in a positioner where we thought he was safe somehow he rolled out of the positioner and into the corner of the crib where he smothered on the bumper pad and the mattress.

The products I used I fully thought they were going to protect my child, not harm him. I was an educated mother only wanting the best. I am determined to join with other parents, grandparents and family members who have lost children to products that are being marketed as “safety” products that are in fact harmful and defective. My life has been turned upside down and I’ve lost most of what I had through this tragedy, but the products continue to be sold. CPSC and FDA did take action to issue a warning on sleep positioners, but there has been no action on crib bumper pads and no ban or recall on sleep positioners already in use.

Through this tragedy I have become more educated about baby products. In the state of Alaska, where this event occurred; I learned that the State will not license a daycare facility if they use bumper pads. It is against the law for caregivers to use bumper pads; however they are being sold to parents every day at retailers and across the internet. I have since learned of the other 12 deaths reported to the CPSC for sleep positioners and the 27 reported deaths due to bumper pads – number from 2005. I vow to collaborate with safety groups and advocates to do whatever it takes to make sure these products are taken out of homes.”

Since Preston’s death, the CPSC and FDA issued a strongly worded warning urging parents to stop using sleep positioners. They asked caregivers to rely on tested methods to reduce the risk of SIDS — back sleeping, bare crib, non-smoking household among others. After the warning in September 2010, manufacturers stopped making the product and retailers stopped selling them for the most part. Still, despite the death toll, sleep pillows or positioners are commonly sold online. Here at KID we are dedicated preventing online purchases of hazardous products through family education. It’s also up to brave families, like Preston’s family, to take action against these harmful products by sharing their stories and advocating against harmful products. In 2021, the CPSC passed the Infant Sleep Products Rule which would mandate that all infant sleep products meet the bassinet safety standard.

Similar to sleep positioners, bumper pads pose a similar risk to an infant’s sleep space. They can pose suffocation, strangulation, and choking hazards. They pose a suffocation risk if a baby’s face is pressed against the bumper or wedged between the bumper and the crib side or mattress. Between 1990 and 2016, the CPSC reported 107 fatal and 282 non-fatal incidents involving bumper pads. Following the report, CPSC commissioner released a statement calling bumper pads “deadly clutter” in our nation’s cribs. Kids in Danger recommends removing bumper pads and other soft items from your child’s crib. In May 2022, Congress passed the Safe Sleep for Babies Act which will ban the sale and manufacture of padded crib bumper pads.