Savannah was strangled by a baby monitor cord. She was 10 months old. 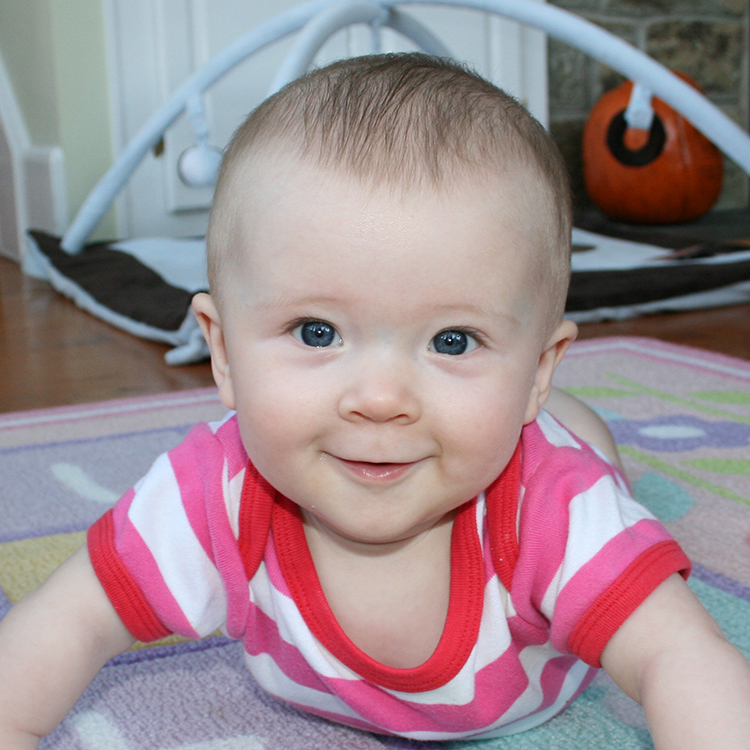 Submitted by her parents

“As her parents, we had safety at the forefront of our minds when we purchased a Summer Infant video monitor to keep an eye on her while she slept.

We believed that we had placed the video monitor where she could not reach it, but one day Savannah reached a milestone in her life, pulling herself up to a standing position on her own inside of her crib. We never saw this, but learned about it from our caretaker. Within 24 hours of reaching that milestone she apparently managed to pull herself up again, reach the monitor outside of the crib, and strangle herself on the cord.

It’s the biggest loss we could have in our life. Savannah is one of 6 children that died from a similar type of baby monitor since 2006.”

The Consumer Product Safety Commission in 2010 warned about the risk of strangulation by baby monitor cords. This can occur if the monitor is placed too close to areas where children sleep. The children can reach out to the cord and became entangled in it.

In February, 2011, Summer Infants recalled the monitor that took Savannah’s life due to strangulation and burn hazards.

Later that year, Savannah’s father, Charley, went to the ASTM International standards meeting on baby monitors. He bravely shared his story and the committee welcomed his knowledge, story, and stated that they would work to create a better standard for baby monitors. His courage payed off, in 2012, a new ASTM International safety standard (F2951) requires that electrical cords on baby monitors be labeled with a strangulation hazard warning. Seven infants have strangled and lost their lives as a result of baby monitor cords. The warning labels inform parents and caregivers to keep the cord more than three feet away from the crib and out of a baby’s reach.

KID has worked with engineering students through our TEST program to design better baby monitors that do not pose any risks to children. While safety labels are a great step, KID believes that we should work towards a world where products are no longer dangerous.

Corded baby monitors can pose strangulation hazards when their present in a child’s sleep environment. The child can reach the cord and become entangled in it. To avoid injuries and death, the CPSC recommends: 1) The use of wireless baby monitors to avoid strangulation, or 2) If using a baby monitor with cords, make sure all cords are out of reach of the child. Baby monitor cords are just one possible cord hazard in the nursery or home—be aware that other corded products, including drawstrings in clothing an corded window blinds, can also pose strangulation hazards.