Ezra died when he suffocated while in a Fisher-Price Rock ‘n Play. He was five months old. 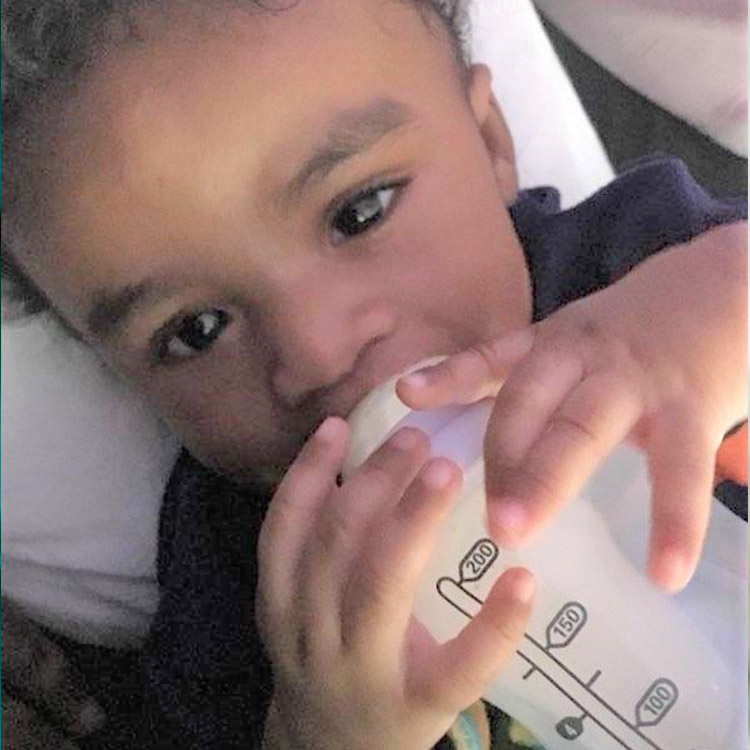 Submitted by his parents

Ezra was my 5-month-old son. He was a beautiful boy with a contagious smile. Ezra had his whole life ahead of him before his unexpected death.

On December 22, 2017, we put our son in the Fisher-Price Rock ‘n Play Sleeper at the workout facility just down the hall from our apartment while we worked out. Ezra fell asleep in it, so we carried the Rock ‘n Play back to our apartment with him in it. I stayed out in the family room and lay down on the couch next to the rocker, telling my wife that she could get some rest in the bedroom. When I woke up in the middle of the night, I looked up, and I saw Ezra, turned into the monkey’s padded face and standing up in the seat of the chair. He was stiff like a doll, with his face twisted toward the side/back of the seat. His nose was squished flat. He was unresponsive and we immediately called 911. He was blue, and his body was hard. He did not feel real. When I picked him up, he felt like a doll.

When parents and caregivers purchase products like the Rock ‘n Play, we do so with the confidence that our children will be safe while using it. Our family had always thought Fisher-Price was a reputable company. We were using the chair just as it was intended to be used. There was no reason to believe that something like this would happen to our Ezra.

We would have done anything to protect Ezra from the dangers of this world, but his sleeper was never something that crossed our mind. Simply issuing a warning for this product is not enough. If we were not aware of this warning, we assume there are thousands of parents like us who are also unaware. Like other families, we received this sleeper from our neighbors as a hand-me-down. They found this product to be a lifesaver, but our experience was different.

The American Academy of Pediatrics (AAP) states that it does not recommend that this or similar inclined products be used for routine sleep. Despite that, this product is called a sleeper and marketed for overnight sleep. We could have never predicted that our child would lose his life this way. It is heart wrenching to know that other families could also experience a loss from putting their trust in this life-threatening product. Our family shares Ezra’s story to inform other parents and caregivers of the dangers of the Rock ‘n Play.

What has happened since?