Take a closer look at your baby’s pacifier

Pacifiers are an integral part of baby care — a soothing product that is beneficial to infants. The American Academy of Pediatrics (AAP) has even suggested pacifiers may reduce the risk of SIDS. Yet when KID took at look at SaferProducts.gov reports, we found a recent string of incident and injury reports involving pacifiers that raise questions as to whether a review of pacifier safety standards is required.

In the past five years, 12 pacifiers have been recalled.  Most were recalled because they failed to meet safety standards or fell apart, posing choking and ingestion. Some pacifiers were even found to be toxic.

A review of recent product injury reports from SaferProducts.gov, the consumer incident database at the US Consumer Product Safety Commission (CPSC), shows 32 reports involving pacifiers.  Common reports indicate that infants have been able to break pacifiers, usually while pacifier is in the infant’s mouth or while child is sleeping, and the pieces may cause lacerations or lead to choking. Common injuries caused by broken pacifier pieces are bruising and bleeding of the roof of the mouth or the gums.

Reports have also shown infants choking on pacifiers as they try to insert the pacifier sideways, causing the pacifier to flip while inside the mouth and posing a large choking risk, or as the pacifier breaks within the mouth. It is also possible for the nipple of the pacifier to detach. One incident reports of a child swallowing the nipple of a pacifier and needing to remove it through partial bowel removal surgery. Other infants have choked as a pacifier lodged into the back of their throats. Less common incidences cover a variety of pacifier that sprout mold, regardless of the pacifier being used or not. Within these incidences, no deaths have been reported.

Based on the reports:

Because of their potential for choking, pacifiers were one of the only children’s products required to meet a CPSC standard prior to the passage of Danny’s Law in 2008. Yet, with these reports and recalls, it is clear that either the standard should be reviewed and possibly strengthened or more enforcement is needed to keep non-compliant pacifiers off the market and out of our homes. 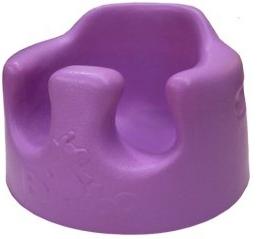