Peapod Recall: Don’t use with infants — although that warning is hard to find 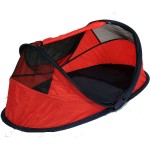 On November 16, 2012, CPSC and KidCo announced the recall of the PeaPod Travel Tent.  KID had been aware of the hazards of the product since early in the year when we learned of a death of a baby in New York.  The release notes that death and nine reports of incidents – children found under or wedged next to the mattress — that could have resulted in death or serious injury.  Six of the reports were in the US, three in Canada.

We felt it was important the recall announcement was made before the holiday travel season – giving warning to parents before they planned to use the product, but we still had concerns. Parents would be unlikely to get the repair kit before traveling and the CPSC did not copy the Health Canada warning not to use the product for children under one.

Even with the fix, this product has not met rigorous safety standards other sleep products such as cribs, play yards and bassinets might be subject to.  We do not believe it is safe for babies under one to use.

KID has a PeaPod in the office we bought on Craigslist when we first heard of the problems with the product.  So we sent in for our repair kit and waited.  Luckily we had no plans to use our product – the fix came just this week – two months after CPSC and KidCo said it was unsafe to use without the repairs.

But the repair kit raised more questions.  Our repair kit was not what we expected.  Apparently our PeaPod is one that doesn’t allow for the additional support bars that are part of the fix – so we didn’t get any in the repair kit. But that information was not available at the time we ordered it, we had to call to clarify.  We did get a new mattress and a warning label to attach.

The warning label (and a note on the instruction sheet) said never use with children under one.  What?  Why was that warning not in the recall release or anywhere on KidCo’s website?  (UPDATE: After our blog post went up, CPSC updated their release to mention the inclusion of the warning, but do not clarify if it was part of the corrective action.) In addition, neither placement of the warning had any of the traditional symbols or structure of a safety warning – so it doesn’t even qualify as a warning that people will recognize as such.

We know warnings are the least effective way to address a hazard – can’t we assume they will be even less effective if they are ambiguous warnings?

We have tried but been unable to get clarification from CPSC and KidCo on this issue.  So our advice to parents and caregivers:

And for online buyers and sellers on sites such as eBay or Craigslist or secondhand sellers, it is illegal to buy or sell it without the full repair kit.  It is not enough to tell the seller where they can get the repair kit.  KID found a lot for sale on Craigslist with no mention of the recall and at least five on eBay which mentioned the recall – but none mentioned the ban on using it with children under one.

We are frustrated by the silence from CPSC and the manufacturer on this safety guideline on use by age.  Is this simply a cover for the company? (They can say we told you not to when a baby is injured?)  If they mean for it to actually influence consumer behavior, why not write it in standard warning form with the alert symbol to draw the consumer’s eye?  Why not include it on the website and in the CPSC release?  CPSC has recently taken action (which we applaud) against companies whose conspicuous warnings, formatted to be noticed, proved ineffective.  Why now allow this half-hearted approach by the manufacturer of a product intended to keep sleeping children safe? We’ll be waiting for answers and share them here.

If you had a PeaPod and still plan to use it, let us know your experience with the repair kit.  If you have had an incident with the product, report it at SaferProducts.gov. Remember, the safest place for infants to sleep is in a crib, play yard or bassinet that meets current standards.

Update: Here’s the response from KidCo about the confusing warning. KID still recommends that the product never be used with infants under one.

There was a difference in regulatory approach in that CPSC was focused on reducing mattress thickness and adding side rigidity on some models for children of all ages, while with a million products sold in Europe without incident (this product originates from Europe).  Health Canada wanted to simply recommend an increase in user age.  KidCo, despite no causal connection in evidence on the reported fatality and other circumstances involved, out of an abundance of caution elected to follow both suggestions. Thanks for your recommendations for improving communications.  We will work to enhance our site. 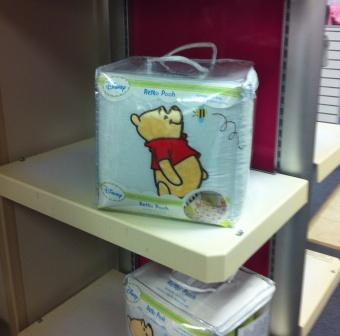 Previous Post A check-up on Chicago's ban on crib bumpers 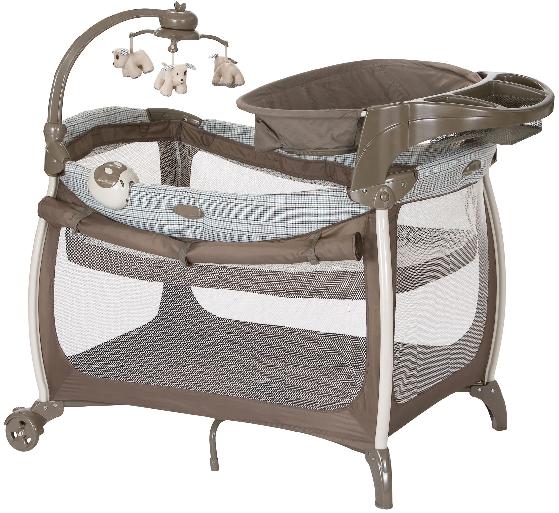