Additional Death Identified as a Result of Recalled IKEA Dressers 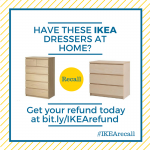 KID is devastated to learn than an additional death has been identified in connection with the June 28, 2016 recall of 29 million IKEA dressers. Today, the Philadelphia Inquirer reported that the death occurred as a result of a recalled IKEA Malm dresser tipping over. These recalled dressers are now known to be responsible for eight deaths and at least 36 injuries, though those numbers have not been updated recently. The most recent known death occurred in May 2017 in California when a dresser tipped over, killing a 2-year-old boy.

“We are saddened by this recent death, and share our deepest condolences with the families who are suffering from their unthinkable loss. From the delay in issuing a recall to lackluster efforts by IKEA to fully communicate the hazard and the recall to the public – relying instead on soft messages on securing any and all furniture – this death highlights the risks to children of tip-over incidents. Companies must be held accountable for their products’ safety and the CPSC must be strong enough to force companies to take action in ways that successfully get recalled products out of homes.

Our organizations call on the CPSC and its acting chairman, Ann Marie Buerkle, to protect consumers by substantially increasing efforts to reach every home with an IKEA dresser, urging families to return any unsafe dresser for a refund, and providing incentives for consumers to remove such a dresser from their homes. Unfortunately, the communication efforts focused on anchoring a deadly dresser to the wall are not enough on their own. Anchoring devices are meant as a second layer of protection for stable dressers – not as a replacement for making stable dressers in the first place. IKEA and the CPSC must take effective action to prevent more families from losing children as a result of unstable dressers.”

The groups have previously sent letters to then-CPSC Chairman Elliot Kaye, calling on the safety agency to take strong, immediate action to better protect children from the tip-over hazard of certain IKEA Malm dressers. Our groups urged IKEA in August 2016 to increase transparency and share critical recall data and related internal records. As recently as this past July, some groups marked the anniversary of the recall with a call to improve its effectiveness. These groups have also reiterated the importance of the recall through an ongoing social media campaign.

Visit bit.ly/IKEArefund for more information about the IKEA recall, and how to receive a refund. Follow KID on Facebook and Twitter for continued updates.  Spread the word about these dangerous products and join the conversation on social media by using the hashtag #IKEArecall. 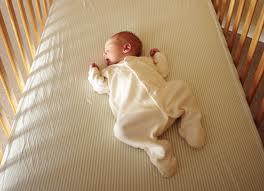 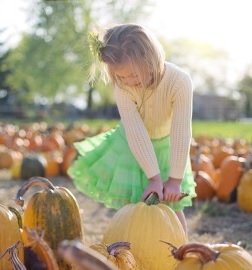 Next Post Trick or Treat: Tips for a Safe Halloween